Where to practice rafting in Italy?

Here the best rivers where to practice rafting in our country.

In Italy there are numerous beautiful rivers on which to navigate

Here where to do raftingin Italy!

Defined as the “Colorado of Italy”, its course develops between castles, woods and mountains and an Alpine panorama that frames it. Unlike all other Italian waterways, the Dora Baltea is characterized by a nivo-glacial regime. This allows it to maintain a very high flow rate, especially during the summer. Consequently, the more than twenty kilometers that can be traveled by rafting are characterized by imposing waves and rapids, known throughout Europe especially by kayaking enthusiasts. The sections between Pré-Saint-Didier and Aymavilles stand out in particular. 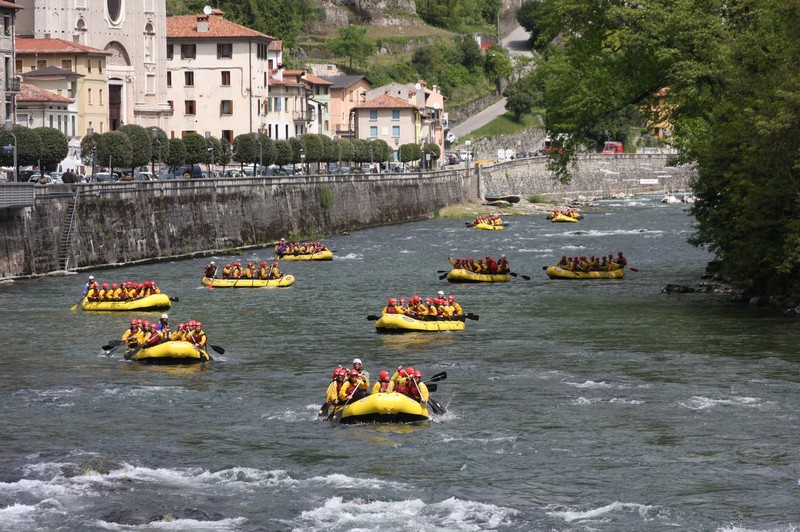 The Brenta River originates from Lake Caldonazzo and Levico in Trentino and, flowing between the Grappa massif to the east and the plateau of the seven municipalities to the west, flows into the Adriatic Sea. The navigation, dynamic and adventurous in some sections, leaves room for moments of relaxation in which to contemplate the magnificent natural landscapes of the Valbrenta. In Valstagna the presence of the training camp for canoe slalom should be emphasized, home to a sports group in which many champions have formed, including Daniele Molmenti, London 2012 Olympic Champion. 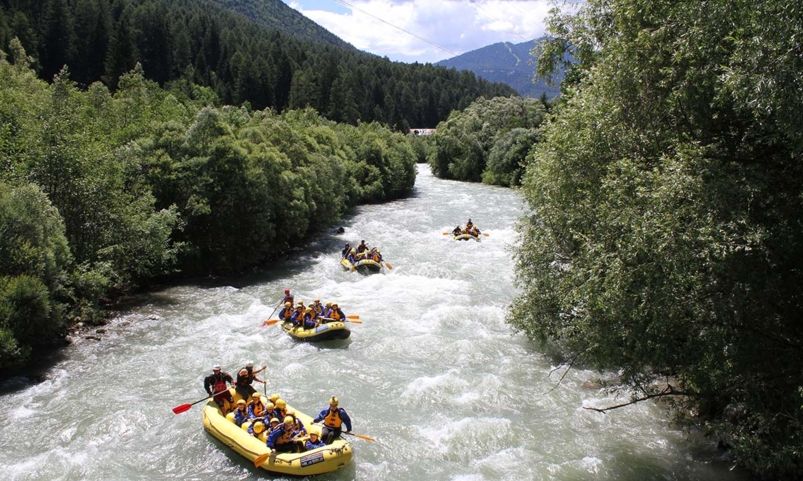 National Geographic has defined it as the best river in Europe for rafting and the second in the world after the Zambezi. It flows in the Val di Sole and is born at 3360 meters, in the Stelvio National Park, on the Corno dei Tre Signori. Its waters are of a magnificent turquoise blue color and it is a must for lovers of river activities. About three kilometers downstream of Cogolo, the Noce forms a continuous rapid, practicable only by expert canoeists, and then calms down before joining the Vermigliana stream. There are many rafting centers that offer experiences accessible to all. 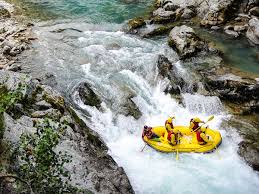 The Sesia river is generated by the glacier of Monte Rosa at 2.700 m of altitude. During its path is joined by the different tributaries that flow down from the lateral valleys of Valsesia. When the numerous river beds come together create a particular shape like a tree of which branches are the tributaries and the central body is the Sesia river. Many tourists are attracted by the Valsesia for its unspoilt nature that incorporates unique and fascinating ecosystems. Moreover, many river sports lovers choose the Sesia river for its technical characteristics that makes it the perfect river to practice rafting, hydrospeed and kayak. 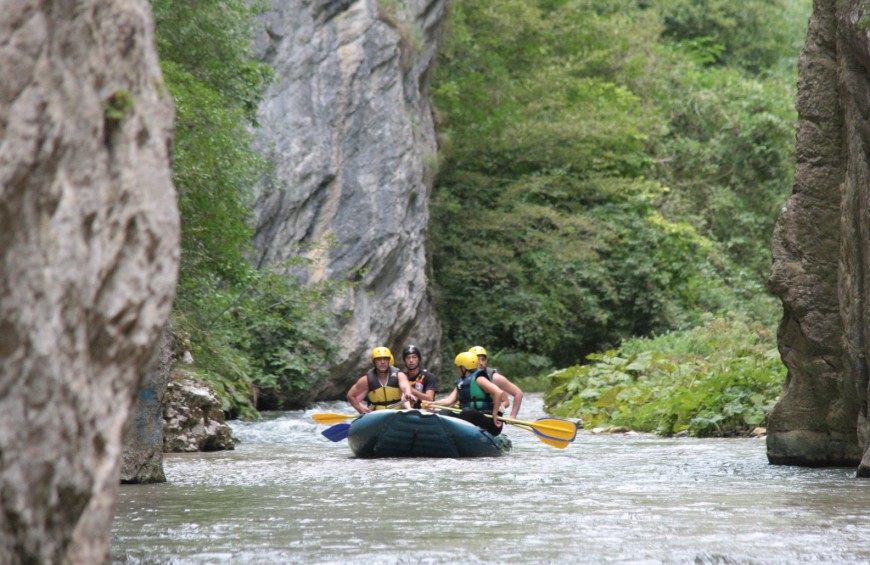 Flowing practically only through natural environments, its waters are clear and uncontaminated. the calmer stretches allow you to enjoy the panorama and overhanging rocky walls. In its 56 kilometers long, from Mount Terminillo in Lazio it flows into the Nera, in Umbria.

There is no more spectacular boarding than the one at the foot of the Marmore Falls, at the end of the Valnerina. A peculiarity of this stretch of river is the controlled flow of its waters, which allows navigation practically all year round.

In the spectacular setting of the Pollino park, the river, in its navigable stretch, flows almost mainly between high gorges, in a completely natural context. In spring and autumn in particular, its waters swell and offer an unforgettable experience to those who engage in river activities. 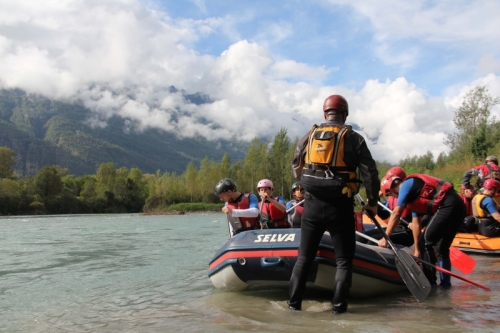 Fourth Italian river by length (313 km), in the stretch that flows in Valtellina and in particular in the Sondrio area, numerous rafting centers offer experiences suitable for everyone. 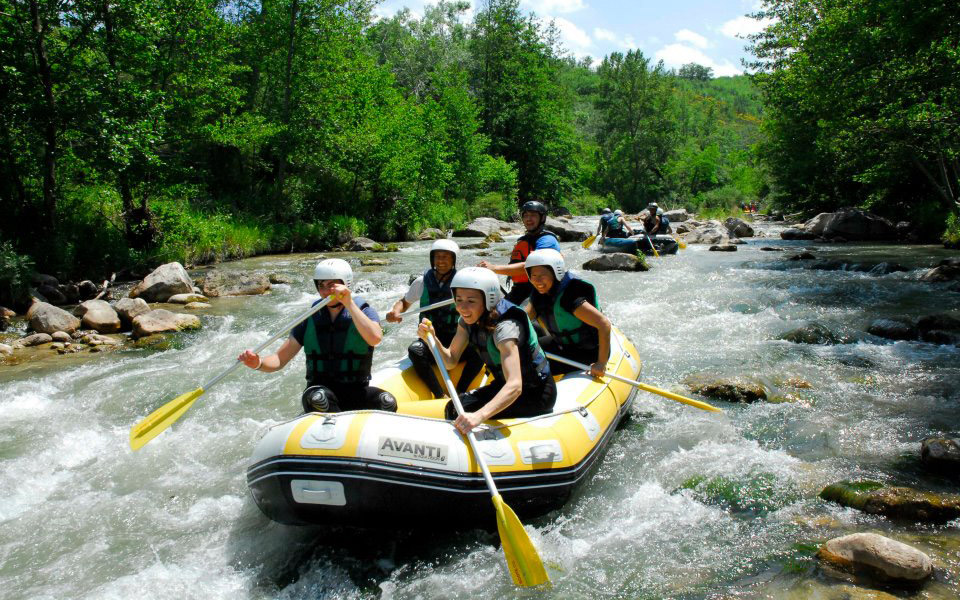 Torrential in nature, it originates at about 860 meters above sea level from the Capo di Fiume springs in the province of Chieti. Its narrow riverbed in the initial part and gentler slopes in the lower one allow navigation to both the most experienced and families and children.